John:  Today we are talking about a transitional figure: Rene Descartes.

Maggie:  Wait… Descartes?  I thought he was a philosopher, not an astronomer.

John:  Well…  That is technically correct, but he did some great work in geometry and physics that affected the way we look at the universe.

Maggie:  Can you give me a thousand-foot view?

John:  Sure.  In brief, he kills off Aristotelianism and sets the stage for the coming of the king: Isaac Newton.

John:  Descartes was a contemporary of Galileo, but a generation younger.  He was born in 1596 and died in 1650.  He studied at a Jesuit college called La Fleche.  And he had money, so he was able to do his academic and other work independent of a job.

Maggie:  You said he killed off Aristotle’s theory. Can you remind me of what Aristotle said?

John:  Sure.  We need to remember two key points.

First, Aristotle believed that the planets revolved around the earth in perfect, concentric circles.  And above the planets were the stars, which were fixed in place and unmoving.

Maggie:  I remember now; it is all coming back to me.  Saying that the soccer players are on the field is only meaningful because we understand the boundaries made up by the field.

But can you remind of how this relates to astronomy?

Maggie:  I remember now.  You have to admit, it is a cool theory!

John:  It is.  But it is about to be destroyed by advanced mathematics.

John:  Yep, Descartes was really on his game when he came up with his theory of unbounded space.

John:  Descartes was heavily influenced by geometry.  As he studied it, he realized that geometry exists and operates in unbounded space.

Maggie:  Wait, wait, wait…  I don’t know what that means.

John:  This is a simplistic response, but follow me here.  Let’s think about a triangle.  Do you have it in mind?

Maggie:  No, not really.

John:  That is what Descartes thought also.  You can go on forever, making geometrical forms bigger and bigger.  He therefore concluded that we have a clear and distinct idea of space in our minds, and it is unbounded.  Another phrase is mathematically infinite.  Does this make sense so far?

Maggie:  Yes, I get it so far. Geometrical shapes can be infinitely bigger.

John:  I like the way you put that.  And think about this.  Numbers are also infinite.  In math, there are no boundaries.

Now here is where Descartes’ theory gets a bit jumpy.  He believed that if we have a clear and distinct idea of something, we do so because that idea corresponds to the world outside our heads. Otherwise, it wouldn’t be clear and distinct.

Maggie:  Okay, I get that, I think. I have a clear and distinct idea of an equilateral triangle, which is a triangle where all three sides are of equal length.  And this idea is not open to doubt.

Maggie:  Okay.  I understand that.  But that brings me to my second question.  How do we get from the idea in my head to the world outside my head?  It may be indubitable (funny word, by the way) in my head, but how do I know it exists outside of my head?

John:  Descartes believed that the human mind is imperfect.  Do you agree?

Maggie:  Yeah, I do.  My mind is always playing tricks on me.  You know, dreams and daydreams and that sort of thing.

John:  Descartes thought that because the human mind is imperfect, those perfect ideas can only come from outside of us.  So a clear and distinct idea must have existence outside our minds.

Maggie:  Aaaah, seems sketchy to me. I am not sure I am buying it.

John:  Well, most people today do not. But the point is, he thought that because he had a clear and distinct idea of infinite space in his head (coming from geometry), that same idea must correspond to the physical world around us.  In other words, he argued that Aristotle was wrong.  Space must be infinite. 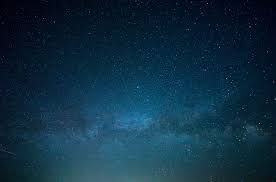 Maggie: So let’s see if I got this. He uses geometry to say he has a clear and distinct idea of infinite space.

Maggie:  And clear and distinct ideas are perfect, so they can’t come from an imperfect mind.

Maggie:  Wow, that one hurt my head.

John:  It gets really cool now.  Think about this. If space is unbounded or infinite, what does that mean?

Maggie:  Not sure, tell me what you think.

And here is something even cooler.  Descartes’ theory really took off because it corresponded to the observations of the solar system that were taking place at that time.  Astronomers were seeing more and more stars, more moons around Jupiter, the rings around Saturn, and other new phenomena.  Through observation, they were just beginning to understand the infinite complexity of space.

Again, remember the new astronomical method we discussed under Galileo: observation proves theory.  This is exactly what happened with Descartes’ theory.

Maggie:  This is exciting.

John:  I know!  And it gets better.  Newton will grow up under Descartes’ theory of space, which sets the stage for Newtonian physics.

Maggie:  Aristotle may now be dead, but Descartes set the stage for the new king!