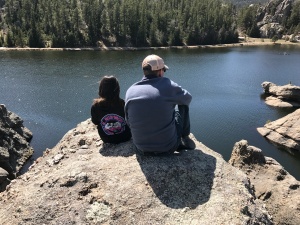 John: Hearing you say these things makes me a little sad. But let’s see if we can work through your comments a bit, unpacking them in order to better understand them. What do you think?

Maggie: That’s why I brought this up, even though it’s embarrassing. Where do you want to start? And please don’t start with trivial advice about how every young adult feels this way at some point in her life. It’s not true and it’s not helpful.

John: I agree with you, greeting card sayings and arm-chair proverbs are not helpful. So instead, why don’t we identify the assumptions you are relying on in making your statements. What do you think they are? Can you identify at least one?

Maggie: Sure. Being smart is better than being stupid, like me.

John: Well, that is not exactly what I was thinking. But sarcasm is a form of intelligence, so I guess you just proved yourself wrong. Why don’t you try again, with a bit more critical reasoning this time?

Maggie:   All right. I guess the first assumption is that being smart is something that is important.

John: Excellent. Let me rephrase it just a bit for our discussion: your first assumption is that being smart or intelligent is something that is valuable in-and-of-itself.

Maggie: And I suppose a second assumption is that being smart is only one thing?

John: I think I understand what you are saying. Your second assumption is that there is only one type of intelligence, and that intelligence is somehow related to classes and books and peer-to-peer conversations.

Maggie: Yes, that is what I meant. Are there any more?

John: Yes, there is one more assumption, which is the biggest mistake you made. What do you think that is?

Maggie: That I am stupid?

John: Right. More importantly, you came to this conclusion based on a lack of information and false comparisons. So here is what I suggest. Why don’t we examine each one of these assumptions in separate blog posts, starting with the first assumption?

Maggie: Okay. But why don’t you start, because I don’t really get the “in-and-of-itself” statement.

John:  That is a hard statement to understand. Let me see if I can explain it. You will need to ask questions when things get confusing, though.

The best way to understand this is by using an analogy. This is called analogical reasoning.

John: Let’s think about money. Why do people want to be rich?

Maggie: Based on what I said before, it is good-for-other-things. We want money because it buys things, brings respect, and helps us make friends.

John: I think that is right. Money is only good-for-other-things.

Maggie: Okay, I am getting this.

John: What about power, such as the power that comes with running a company or presiding over a courtroom? Is it good-in-itself or good-for-other-things or both?

Maggie: It seems to me that it is like money, good-for-other-things. People want power because it makes them feel good about themselves, it brings respect and prestige, and usually results in a good income.

John: I think you are right. Now let’s look at intelligence. Is intelligence good-in-itself or good-for-other-things or both?

Maggie: This is harder. Maybe you should first ask the question you asked above about money: why do people want to be intelligent?

John: Good point. You are really getting this. So what do you think?

John: So, let’s summarize this. Being smart leads to good paying jobs, respect, friends, and knowledge of information. Is that correct?

Maggie: Yes. And really smart people seem to have an easier time getting money. Look at Elon Musk.

John: So, based on your answer, is intelligence good-in-itself or good-for-other-things?

Maggie: I want to say that it is good-for-other-things because it helps us get things like jobs and money and respect. But it also seems like it should be a good-in-itself. It just seems like that to me.

John: Don’t discount your intuition; it’s important to reasoning. This is a much harder issue than money or power, because it does seem like we should want to be intelligent just for the sake of being smart.

But let me ask you another question. Is love good-in-itself or good-for-other-things or both?

John: Excellent. Is a person inherently better because she is loving and has love to give to others?

Maggie: I think everyone would agree with that.

John: Now let’s apply this to intelligence. Is a person inherently better because she is intelligent?

Maggie: No, I don’t think someone is better than others just because she is intelligent.

John: Smart people may be better at doing certain types of things than others, like programming computers or designing space ships, but they are not inherently better. Do you agree?

Maggie: Yes. Different people are good at different things, and being smart just makes you good at certain types of things.

Maggie: I think it is more like money than love. But I still have that nagging feeling that maybe it is just a little bit of a good-in-itself.

John: Fair enough. But if intelligence is simply good-for-other-things, aren’t there other ways to get those things?

Maggie: Yes, definitely. Like you always say, anything we want in this world we can get through tenacity, diligence, and hard work.

John: In fact, even intelligent people have to have tenacity and hard work to get the things they want, so maybe intelligence isn’t as important as we think?

Maggie: I get your point. Since intelligence is only good-for-other-things, it does not have the importance that I have been giving it. So I shouldn’t worry so much about such things.

John: That’s right. What do you think we should focus on?

Maggie: On important things like being loving and kind and caring.

John: Yes, correct. And I am even more convinced that we are right by great poetry. Walt Whitman, for example, agrees with us in his poem When I Heard the Learn’d Astronomer:

When I heard the learn’d astronomer,
When the proofs, the figures, were ranged in columns before me,
When I was shown the charts and diagrams, to add, divide, and measure them,
When I sitting heard the astronomer where he lectured with much applause in the lecture-room,
How soon unaccountable I became tired and sick,
Till rising and gliding out I wander’d off by myself,
In the mystical moist night-air, and from time to time,
Look’d up in perfect silence at the stars.

As Whitman points out, intelligence (knowledge of astronomy in this case) is a good thing, but sometimes it misses the point. I don’t want to denigrate intelligence, because I do think it is important. But it is only good-for-other-things, and should be recognized as such.

One thought on “Maggie and Me (a philosophical dialogue): I Feel So Stupid All the Time”